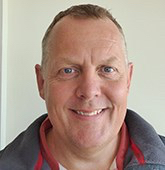 At the BODOA AGM on Sunday we elected our new Chairman Mark White, who takes over from outgoing Chairman Alan Hicks.  Phil Rust continues as Vice Chairman and also takes over the role of Treasurer from Dick Stephens who has retired after five years sterling work on behalf of the class.

In his opening address as Chairman, Mark paid tribute to both Alan and Dick for all their tremendous efforts on behalf of the class. He also looked forward to an exciting 2018 season as several of our teams who were missing in 2017 are expected to be back on the water with us this year!

Steve Heppell assures us that after a season out, Aina will once again be making her traditional timed run for Pyefleet Week. Having welcomed the newest member of the BOD Family Master Finn Payne, proud parents John and Lucy Payne will be back racing Grayling. Ellie and Anthony Kingston hope to join us for Pyefleet Week and possibly also some other events sailing one of Nick’s boats. And the legend that is Mr Malcolm Goodwin will be back in the father and son battle of all time as he goes head to head with son Clive at Learning & Skills Solution Pyefleet Week 2018 (the big question is who will sail Cormorant and who will sail Jean?).

If you wish to contact Mark or any of the class officers click here for their details.